Remembering special friends who have crossed the Rainbow Bridge.

Leroy joined the Animalert family in April of  2018.

He came to us from a shelter in Quebec, where he was found as a stray, covered in lice and severely underweight.  How could we resist not helping this poor sweet guy, He was 7 years, not in the best of shape but was so deserving of a second chance at loving home!  He was so tiny that we had originally named him Tiny Tim! He was so skinny and underweight!

I remember seeing him for the first time and just falling in love with him!  As Foster parents, we gave him lots of love, good food, and vet care and he began to become the dog he was meant to be! He loved playing with the other dogs here, sleeping on the bed but most of all he loved his food!

It was not until he was adopted in August by Tom & Deb that he began to really to be the true Saint Bernard, it was like he knew he was home!  He no longer looked like a tiny Tim so Deb & Tom renamed him Leroy and the name suited him so well!  To me, he will always be Tiny Tim!

This is what Tom &  Deb Wanted to say about their boy Leroy:

He was the most determined boy I have seen, I don't think he would have made it this far without that determination.  He loved to have his throat scratched for longer than my arm could handle, he would watch for what chair I was heading for and he would head to it for his throat scratching.

He gave slobber a whole new definition, none of the other dogs would drink from the crock pot we use for a water dish after he had his drink. The slobber would barely slide down the drain
Our Granddaughter captured his heart and for a boy that could barely walk he would cross the room in a flash to be with her and of course, there was his happy dance every time the leash came out or a ride in the suburban.
We loved all of it and would repeat our time with him in a heartbeat. I'm sure we will find his slobber stuck to the walls as a reminder of how he stole our hearts.

We could not have asked for better people to adopt Leroy!  Tom and Deb gave him the love and attention that he craved and deserved. He left this world knowing that there were many people who loved him and will always remember him and the love that he had to share. 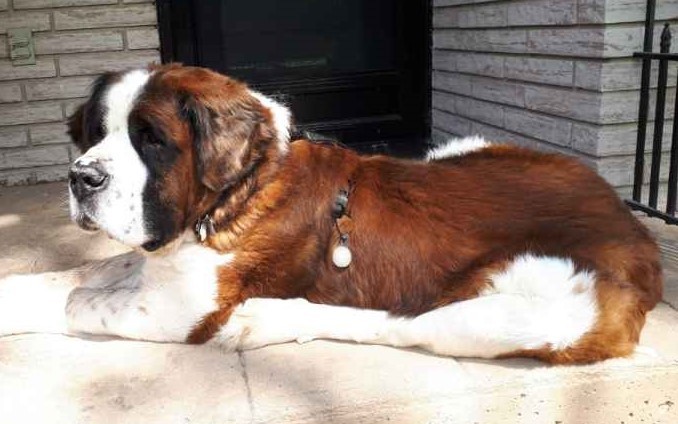 By accepting you will be accessing a service provided by a third-party external to https://www.animalert.ca/

How You Can Help

Looking For A Forever Home